Given the fact that drug & alcohol addictions, as well as mental health and co-occurring disorders, are such debilitating factors within modern day society, especially in light on the recent opioid epidemic nationwide, Recovery House 54 feels it to be very necessary to present an entire page highlighting the most recent news & articles industry-wide. We have essentially created what are called “RSS Feeds” and designed them to pull the most recent articles from two well regarded news outlets within the realms of substance abuse and mental health, those being: NIDA (National Institute on Drug Abuse) and Science Daily.

Please note that the articles and information shown below are generally going to be unbiased and factual, although there may be exceptions from time to time. An example of this may be, for instance, a press release issued by a drug rehab center that for whatever reason was picked up and published by one of the news outlets below. As such, Recovery House 54 does not officially endorse nor has any opinion on the information displayed. However, from our experience over the years, both NIDA and Science Daily have historically shown themselves to be trustworthy and unbiased sources.

Scientists take another step toward building a better pain killer
New work provides a comprehensive structural framework that should help drug developers rationally design safer drugs to relieve severe pain.
Mothers' alcohol use changed during the COVID-19 pandemic
Mothers drank alcohol less frequently as the COVID-19 pandemic progressed, according to a small study of Ohio women, but another result was more concerning to researchers. Findings showed that the number of drinks per day increased for moms later in the pandemic, raising concerns that mothers may have been more likely to binge when they did drink.
Newly identified neuromarker reveals clues about drug and food craving
Craving is known to be a key factor in substance use disorders and can increase the likelihood of future drug use or relapse. Yet its neural basis -- or, how the brain gives rise to craving -- is not well understood. In a new study, researchers from have identified a stable brain pattern, or neuromarker, for drug and food craving.
Uptick in prevalence of simultaneous cannabis and alcohol use in the U.S. after states legalize recreational cannabis use
Simultaneous cannabis and alcohol use, defined as using both substances at the same time so their effects overlap, increased in adults from 2008 to 2019, according to new research. Shifts in cannabis legislation have raised questions about unintended effects on cannabis and alcohol use patterns, whereby policy changes might lead people to use both substances. Until now, the relationships between recreational cannabis laws (RCLs) and changes in simultaneous cannabis/alcohol use prevalence had remain untested.
Many genes linked to alcohol and tobacco use are shared among diverse ancestries
A large genetic study has identified more than 2,300 genes predicting alcohol and tobacco use after analyzing data from more than 3.4 million people. Researchers said a majority of these genes were similar among people with European, African, American and Asian ancestries.

ARE YOU READY FOR A NEW EXPERIENCE IN SOBRIETY?

Whether you are in need of effective sober living & addiction recovery housing, or maybe a higher level of care through our network of providers that includes outpatient drug and alcohol treatment, private therapy and even medication management for co-occurring mental health issues, we have the resources and expertise to help guide you from the very beginning through all phases of treatment and sobriety...

Call or Email 7 Days a Week! 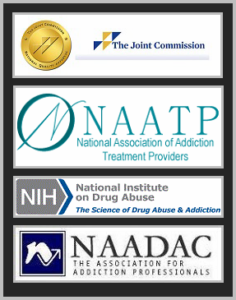